It has been a cold, drizzly week in the far northwestern part on Minnesota, and even wetter further south. Finally, it seems to have turned, and tonight the sun is shining brightly in Pennington County. Since most of the winds have been from the north or northwest, not much has happened with migration this week. The wind has dropped a bit tonight, so maybe tomorrow the influx of new species will resume. So far in most of the northwest, all the common ducks have been reported; both swans, bald eagles, northern harriers, red-tailed hawks, double-crested cormorants, most of the grebe species, all the usual woodpeckers, merlins, dark-eyed junco, song sparrows, white-throated sparrows, brown-headed cowbirds, and  purple finch  are being seen in most counties. 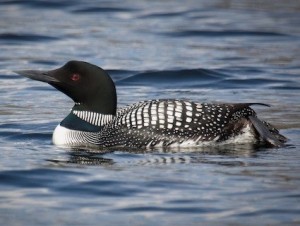 Here in Pennington County, migration has been slow this week, but tonight I had a COOPER’S HAWK  in the yard, and a COMMON LOON  in the Red Lake River.

Thanks to Alice Martin, Beth Siverhus, Leon Thoreson, Nancy Wasik, and Sandy Aubol for their reports.

Please report bird sightings to Jeanie Joppru by email, no later than Thursday each week, at [email protected] OR call the Detroit Lakes Chamber’s toll free number: 1-800-542-3992. Detroit Lakes area birders please call 847-9202. Please include the county where the sighting took place. The next scheduled update of this report is Thursday, May 5, 2016.